Meet the experienced and friendly doctors and staff who make SEARK Eyecare the leading provider of vision care products and services in Monticello.

SEARK Eyecare was built on a feeling – when Dr. Barrett Brown was in the first grade he had trouble reading and learning. His vision was tested and he received his first set of prescription eye glasses. This miracle of sight inspired him to become an Optometrist and ever since then he has made it his mission to give that gift of vision to others.

Dr. Brown is a hometown boy through and through. He graduated from Monticello High School and pursued his undergraduate degree in Biology at University of Arkansas at Monticello. He attended Southern College of Optometry in Memphis, TN and made it his mission to return to South Arkansas to serve in private optometric practice. He has enjoyed serving the people of Southeast Arkansas for the past 6 years and is excited for this opportunity to expand his practice and continue providing innovative Eyecare to the community.

Dr. Barrett Brown is married to Meri Whitney Brown and has one son, Oliver. 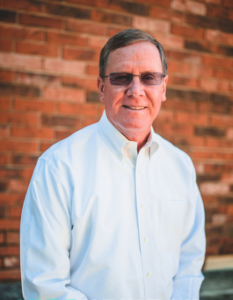 Dr. Price has been caring for the eyes of Southeast Arkansas for the past 45 years. He grew up in Pine Bluff, AR and graduated from Pine Bluff High School. He furthered his education at Ouachita Baptist University receiving a B.S. in Biology. Dr. Price then completed his doctoral degree at Southern College of Optometry in Memphis, TN. He began his journey to independent optometry in 1974 when he moved to Monticello with his wife and 2 week old child! His passion for independent optometry has radiated throughout Southeast Arkansas over the past 45 years and we are blessed to be able to have him as part of the SEARK Eyecare team!

Dr. Price has been married to Mrs. Cheri Attwood Price for 49 years. He has two daughters, Misti and Courtney. He has three adorable grandchildren; Saylor, Caleigh, and Chloe.

We are excited for Dr. Jimmy Price to continue his passion of independent optometry with SEARK Eyecare!

You can schedule your next eye exam with us online!